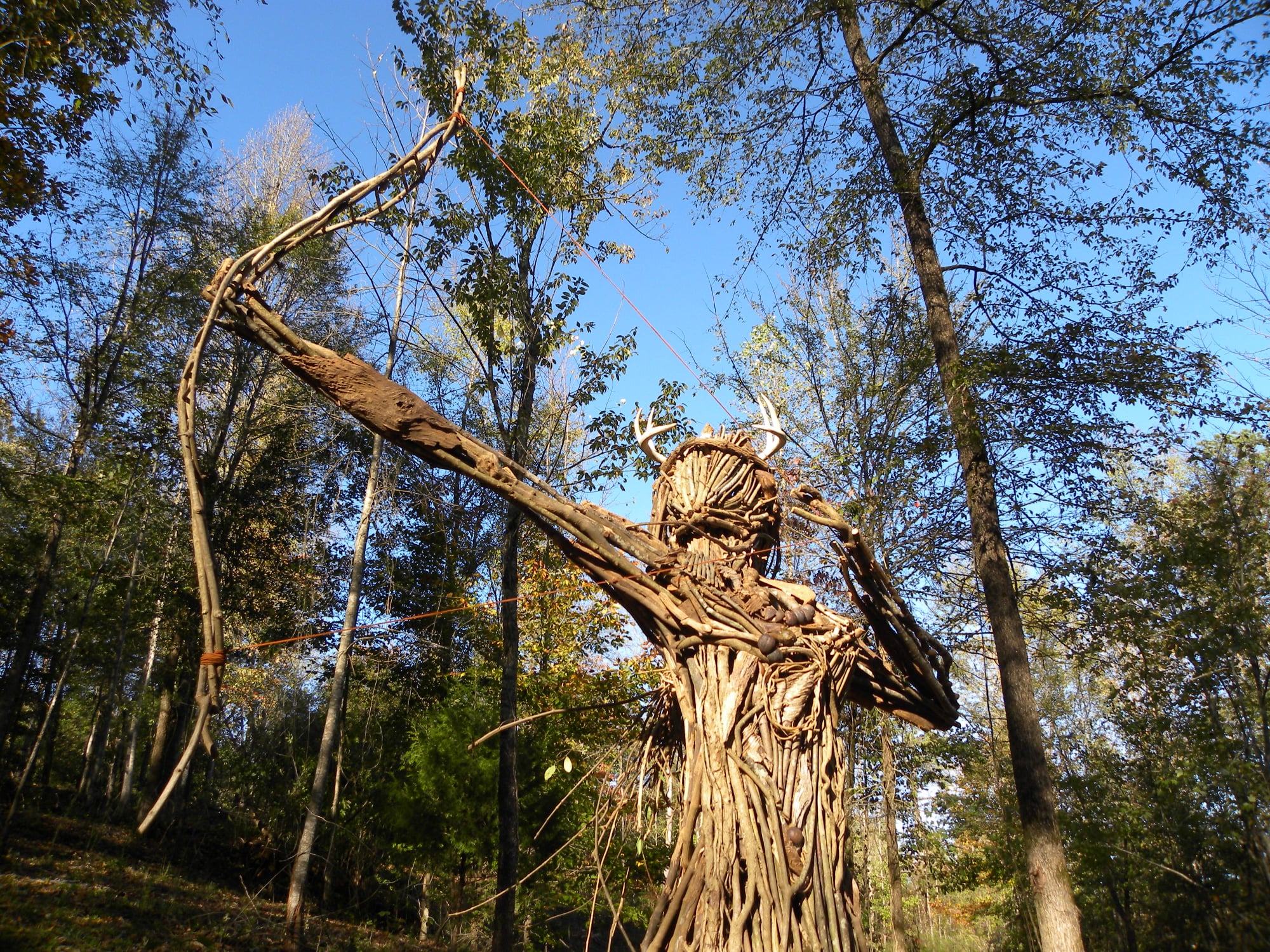 Diana was three years in the making. In September of 2017, I approached two friends who owned a private piece of land in South Carolina, about creating a sculpture in their woods. Together, the landowner and I walked the property, connected with the spirit of the land, and waited for a sign to point us to where we would build. We located the spot for the sculpture and began making plans. Then, life happened (a story for another time), and it would be another three years before the stars would align and construction would begin.

In April of 2020, Diana (also known as Artemis) was clearly showing herself: A strong independent maiden with no plans to marry, only to protect and aim true. It was time to begin! 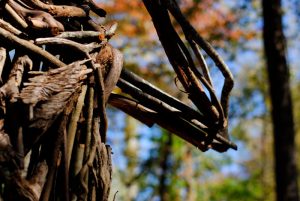 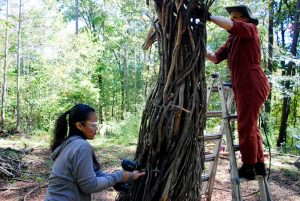 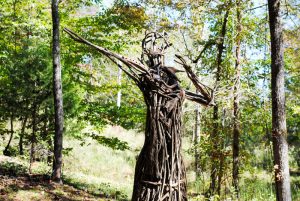 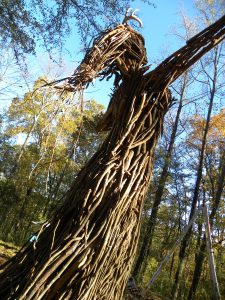 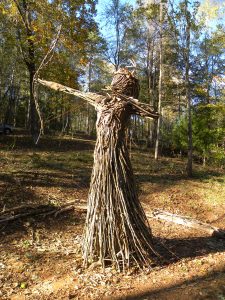 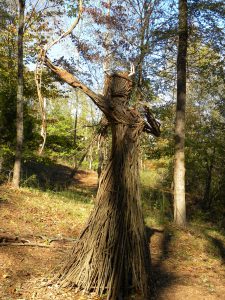 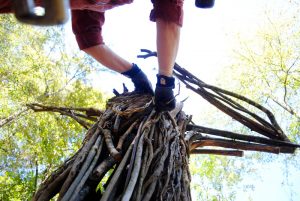 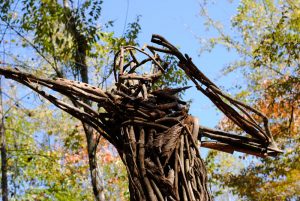 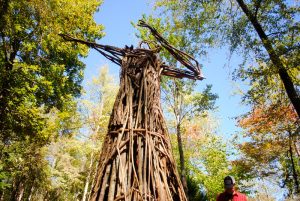 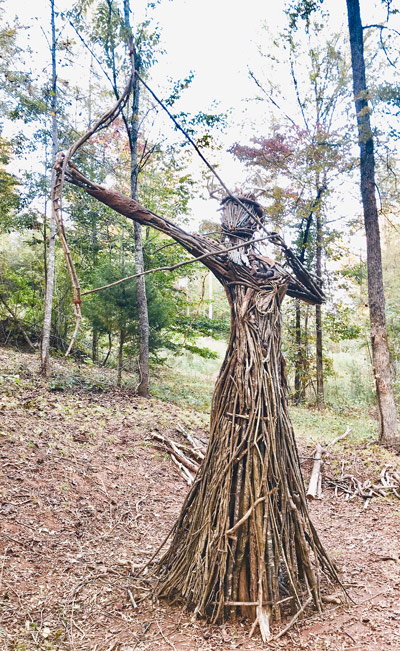 Primarily associated with hunting, Diana was also revered as the goddess of the woods, children/childbirth, fertility, chastity, the moon, and wild animals. A virgin goddess and maiden warrior, she is the eternal feminist, owned by no man, beholden to none. As a moon goddess, Diana shares the lunar trinity with Selene and Hecate and serves as patron goddess of witches. In the trinity, she represents power over the earth. Her worshippers believed she had the power to talk to woodland animals and even control their movements and behavior.

In total, eight people built Diana. Every person who came to build Diana brought with them a need for transition, and a desire to disconnect from the world of media and cultural programming. Amidst the turmoil of the 2020 election, the silence of the woods had a palpable effect.

Diana is made from pine, oak, birch, honeysuckle, grapevine, sweet birch, privet, walnut shells, pinecones and antlers. She is a combination of the very organized Isis and the wild Ivy. A combination of sophistication and youthful freedom, she aims her intention towards her goals with courage, knowing that the future is hers.

No part of this website can be re-produced without prior written agreement and attribution. If you are looking for press material, please contact us directly. © 2000 - 2022 Art of Amy Senn