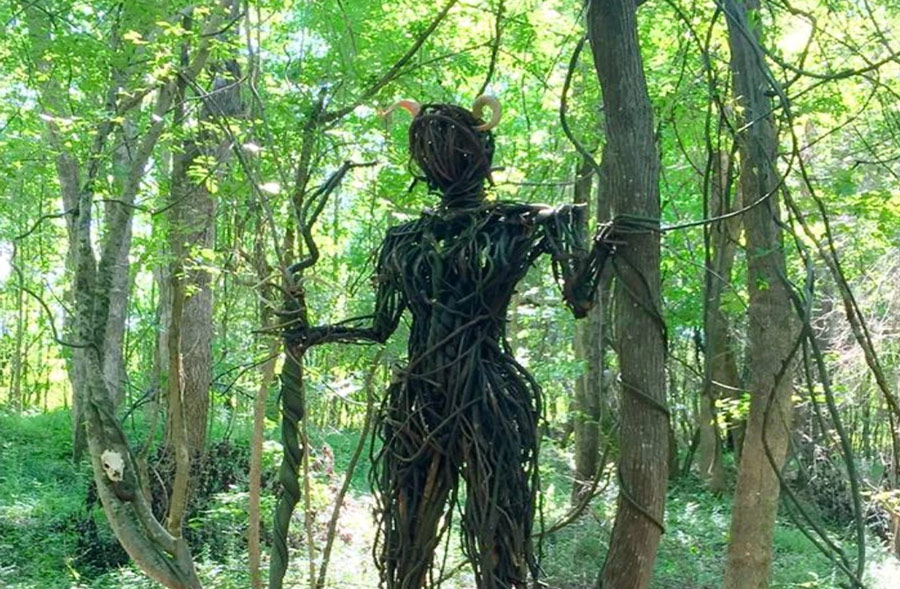 Lilith is the first in the goddess series. Her conception happened when I encountered “Divine Man”, an installation by John Shook, at CoSM in Wappingers, Falls, NY. An inspiration flooded my being on that day that beckoned me to bring my skills into the woods to co-create with nature. A few months later, I took a walk in the woods,connected with the spirit of the land, and began the build that would change the trajectory of my life. 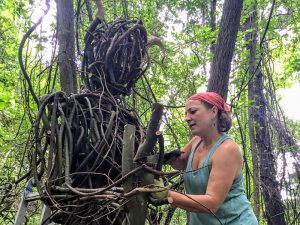 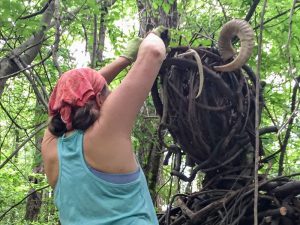 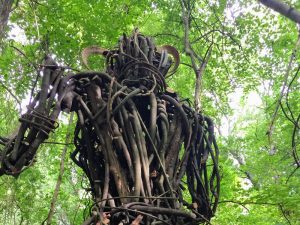 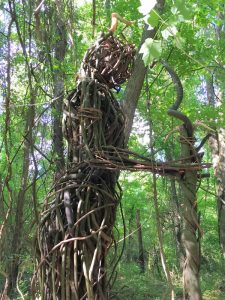 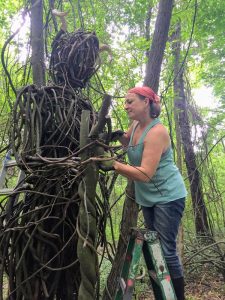 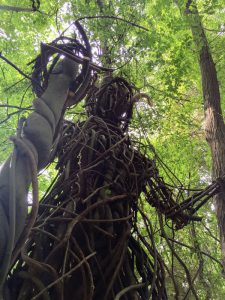 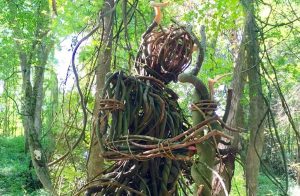 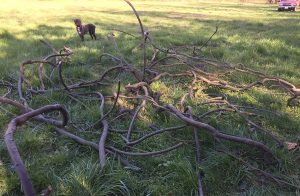 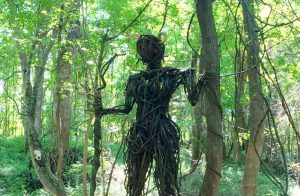 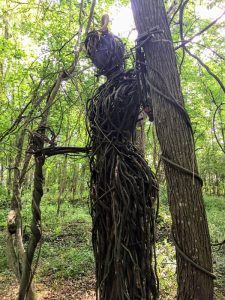 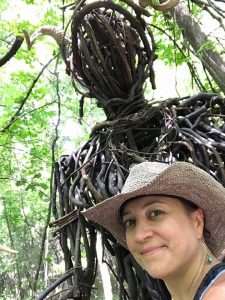 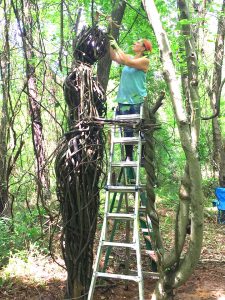 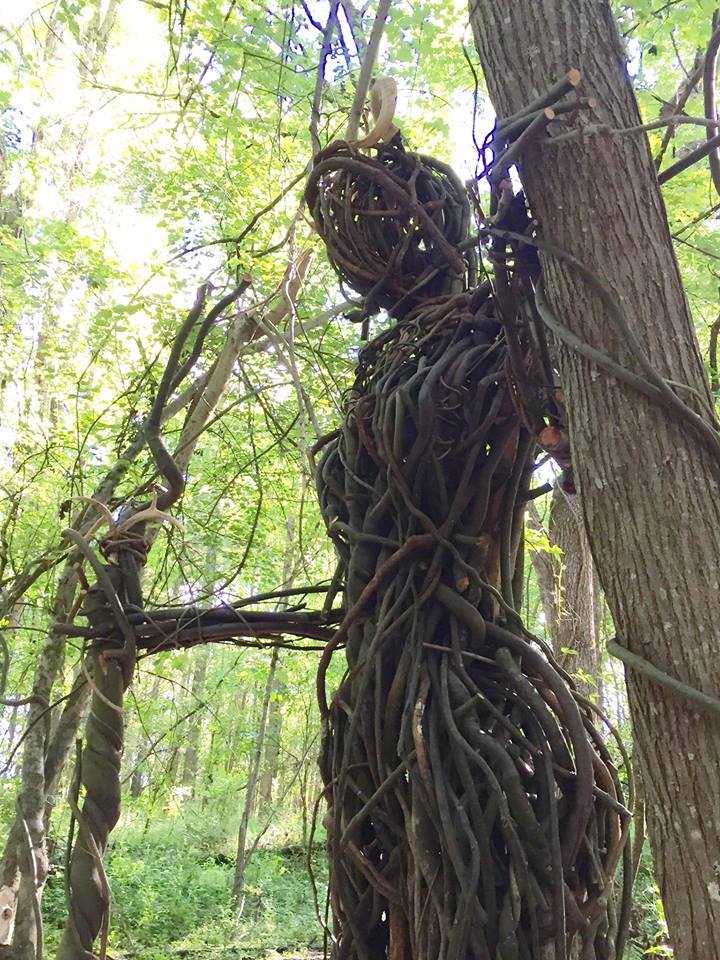 Lilith was Adam's first wife and demanded equality. When it was refused, she fled. Adam’s tribe dragged her back and killed her children in front of her one by one. This act turned Lilith from the repressed female into what some call a “demon”. She went wild.

This archetype represents the woman repressed, unhinged, and once out of the darkness, the woman who steps into who she really is. Lilith beckons us to come to terms with our own shadows and invites us to be ourselves without apology.

Her appearance marks the beginning of my story building goddesses. She was timely in my life as I was struggling from being out of alignment with my own true nature at that time. She began as “Divine Woman” (inspired by John Shook’s Divine Man) but during her build she presented as Lilith. During her construction I left my job as Senior Designer at the Mellow Mushroom corporation and began sculpting a new life.

Lilith stands over 12 feet tall and is the most primitive to date of the series. She is made from wisteria vine, sweet birch, oak, pine, cedar, a deer skull, and ram horns. She is both fierce and compassionate, calling all that look upon her to experience their truth, both the dark and the light.

No part of this website can be re-produced without prior written agreement and attribution. If you are looking for press material, please contact us directly. © 2021 Art of Amy Senn